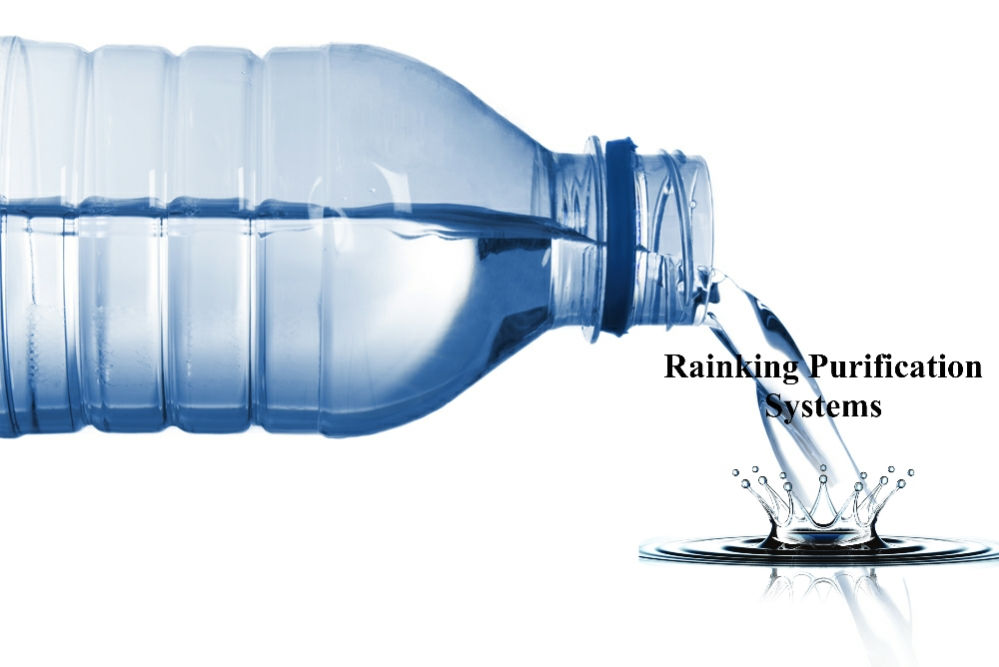 People often turn to bottled water because they think it’s a safer alternative and it tastes better than their tap water. In fact, a study conducted by Harris Poll stated bottled water drinkers say taste (99%), quality (99%), and safety (92%) are the most important factors when choosing a beverage. But, is bottled water as pure as you think?

This issue became even more prominent between late 2016 and early 2017 when Whole Foods’ water brand, Starkey Water, recalled 2,000 cases of bottled water. Tests showed an unacceptable level of arsenic, which exceeded the federally mandated limit of 10 parts per billion (ppb).

Just one year later, however, the same company’s internal testing showed that their results were just under the federal limit, but still close enough to create health concerns if regularly consumed.

What is Arsenic and its Effects on the Body?

Arsenic is a naturally-occurring element found in rocks and soil and is used in the agriculture industry as a pesticide. It can end up in the water supply when certain types of rocks and minerals erode over time or from agricultural runoff.

Arsenic is tasteless and odorless. It can be highly toxic at certain levels, which is why the EPA set the standard for drinking water at 10 ppb or less. It’s not often we have to measure anything by parts per billion, but to put it in perspective we can think of an average 16’x50’ swimming pool that holds 10,000 gallons of water. If you take an eye dropper and squeeze in 10 drops of orange juice, that swimming pool now has 10 ppb of orange juice in it.

Scale that ratio down to the amount of water inside the bottle you just picked up from the grocery store, and the amount of acceptable arsenic inside is minuscule!

According to the EPA, non-cancer side effects of drinking water with elevated levels of arsenic include:

Long-term, chronic exposure has been linked to cancers, says the EPA.

The possible health risks of arsenic are precisely the reason drinking water, such as bottled or municipal water, is required to be tested. It’s also the reason why Consumer Reports and other independent researchers are trying to get the federal limit for arsenic in water to be lowered from 10 ppb to 3 ppb.

What’s the Difference in Bottled Water?

When you go to the grocery store today, you’re likely overwhelmed by bottled water options. Spring water, purified water, distilled water … what’s the difference and how is it treated?

The key differences in bottled water are the water source and the type of filtration. For instance, spring water comes from a natural underground aquifer and goes through a filtration process to remove particles and unwanted contaminants – this is likely a type of carbon filtration to improve taste and odor. Spring water contains natural minerals and contaminants.

Purified or distilled water generally comes from municipal tap water or spring water, goes through an additional purification process such as deionization, distillation, or possibly reverse osmosis that would reduce arsenic content. The problem is that consumers don’t always know how the water is treated because of bottled water brands’ unclear labeling.

At the end of the day, everything sounds like it’s been purified properly, but as Consumer Reports’ research revealed, contaminants such as arsenic may still exist. Consumer Reports’ table below shows five brands that reported arsenic levels of at least 3 ppb, which is what Consumer Reports and others are recommending for the new federal limit.

What are the Alternatives to Bottled Water?

As a consumer, it’s hard to know what’s pure and what’s not. The good news is that there are alternatives that are not only safer to consume but come right from the faucet in your home.

An R.O. system is the best way to get great-tasting, pure drinking water for your home. With an R.O. system, you can drastically reduce unwanted contaminants.

R.O. systems have a special membrane that filters out many microscopic organisms and heavy metals such as:

Rainking’s systems are tested and certified for contaminant removal.

When you switch to a safe alternative to bottled water, you reduce a lot of waste that often ends up unrecycled and in landfills. Water bottles can be expensive, and over time switching will likely pay for itself as you only pay pennies per gallon when you filter the water yourself versus individual bottles. Not to mention that it’s hard to find bottled water during the coronavirus pandemic.

We are very sorry that we did not meet your expectations… We strive for no less than 5 stars and this is not something that we take lightly. We genuinely stand behind our product. Please let us know where you felt we dropped the ball and we’ll get in touch with you soon to discuss. We’re very sorry and look forward to speaking with you.